About 2-3 days ago we made news; Dogecoin, produced because of the spoof, was worth 2 billion dollars. Interesting crypto money hit the crypto money market mark with the high appraisal on the weekend.

In 2013 Dogecoin, which was created as a joke and used Japanese Shiba Inu dog as a mascot, reached a market value of $ 1 billion. As you will recall, we have informed you of the interestingness of this situation and the news we have made. Probably due to the news in the media, Dogecoin has continued to rise and a new threshold has passed. Dogecoin is currently trading at $ 0.018.

Jackson Palmer, one of the founders of the digital money, said that dogecoin is a show of interest, a showpiece of a large-scale puffball living in the crypto money market. “I have a lot of faith in the Dogecoin Core development team to keep the software stable and secure, but overall cryptocracy is decisive about the market,” Palmer said. 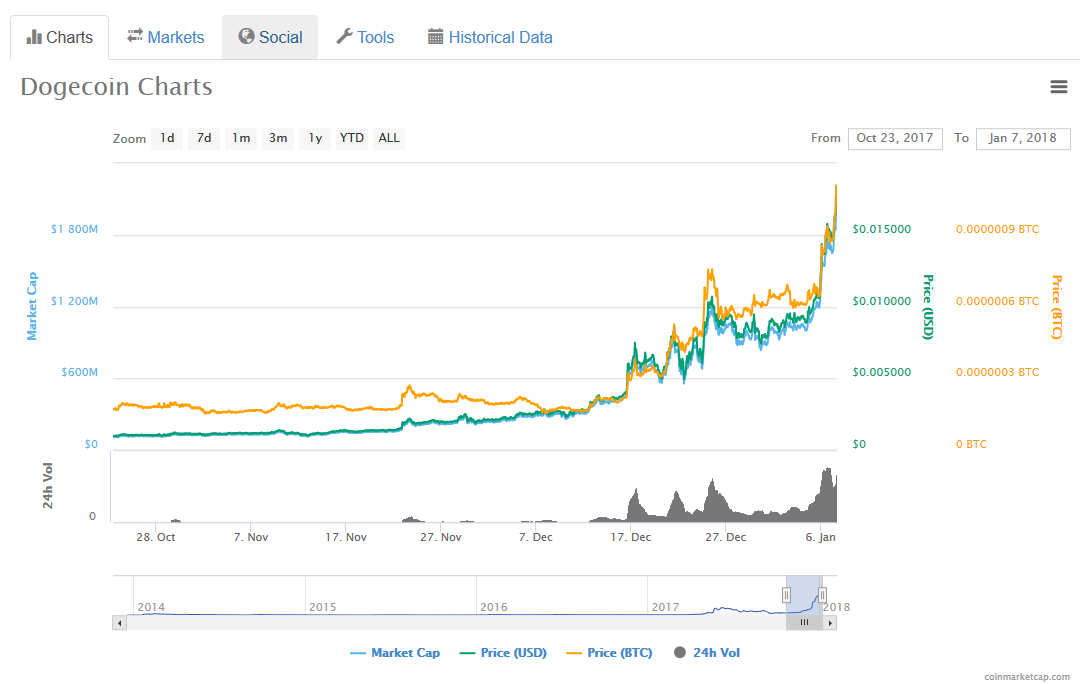 On the other hand, criticism of the ‘balloon’ regarding the generalization of crypto money continues. Finally, Paul Donovan, a Wall Street economist, explained that Bitcoin’s twenty-fold increase over the two years and the lack of any fundamental economic support are certainly balloons.