The flagship Google is expected to introduce in the near future Pixel 3XL is under the iPhone X in Benchmark tests.

The Google Pixel 3XL, expected to be released shortly, shared the same fate with other Android phones. The leaked device from Geekbench tests did not even come close to the iPhone X, where Apple has gone to the market for the past year. If we consider the new phone models that Apple will release this year, the difference seems to be even more open. 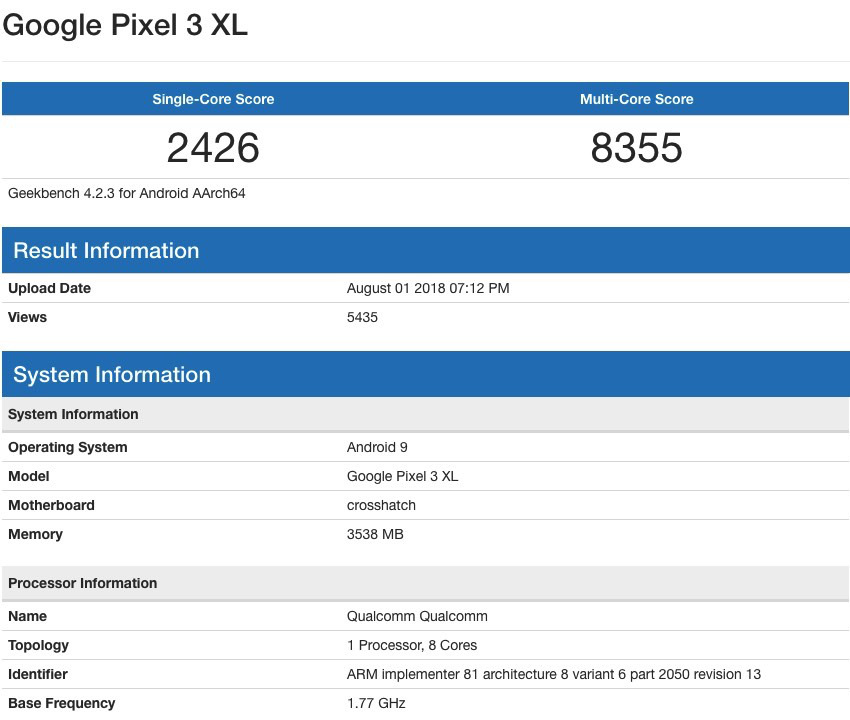 According to Geekbench, Google’s new flagship will be sold with Pixel 3XL, Snapdragon 845 processor, 4 GB RAM and Android 9.0. It is a big disappointment that the Google Pixel 3 XL will perform well below iPhone X and iPhone 8, which Apple released in 2017. The Apple iPhone X received 4207 points in single-core tests and 10123 points in multi-core tests.

Geekbench listings may be fake, but it would be too optimistic to expect the Pixel 3 XL to offer better hardware than the other 2018 Android flagship. The company is expected to launch Android 9.0 before the end of this summer, and then introduce the Pixel 3 XL in early October.